Only a handful of figures remain that will be predominantly in Citadel Contrast paints. It's been a fun experiment and, as I've stated elsewhere, has really improved my output for the year. The experiment may not yet be over though as I am torn between doing all the many gravestones I've been collecting or some 15mm buildings for the ECW. Not quite sure just yet. The remainder of the year however, will feature much more traditional entries.

Meanwhile, Things that go Bump in the Night is a one-pager set of rules designed for gaming the standards of the classic horror genre: werewolves, vampires, mummies, zombies, etc. Box 1 included these four miniatures, as well as four protagonists to oppose them. The latter, like the "Wolf Skins" in the West Wind - Empire of the Dead set will need to be painted up in the traditional way being standard adventurer type figures. 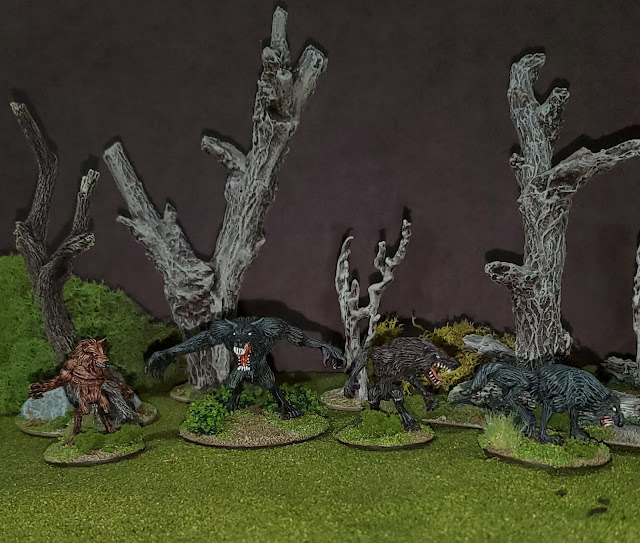 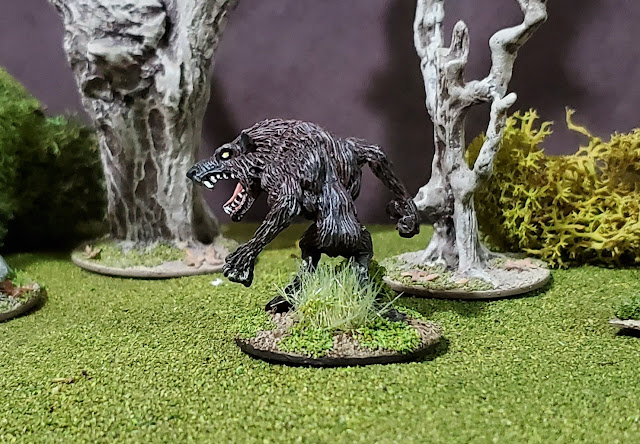 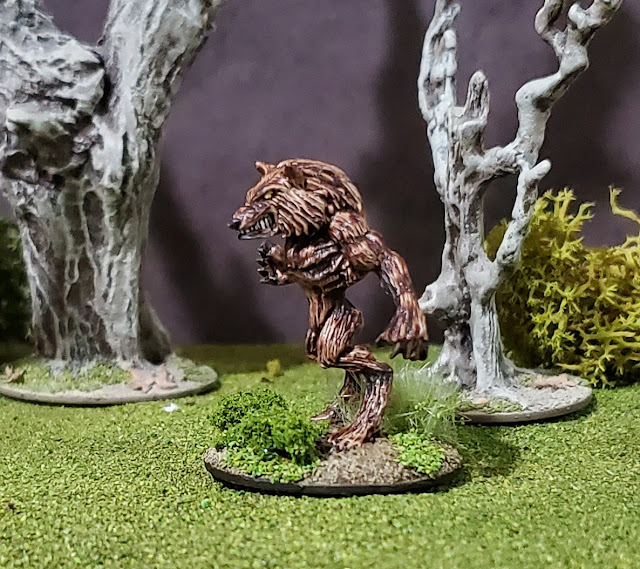 I have a number of other things nearing completion to look forward to for Halloween (hopefully), so until then, thanks all for looking - questions, comments, followers are welcome and encouraged!
at 12:54 AM