As I said, I think you could use any of them and be quite satisfied with them. I'll finish these up quick and see how they look all completed.

BONUS: I did the hair to see of that would help you see how the faces turned out:

Thanks for looking - questions, comments and followers are welcome and encouraged! I'm starting to build up a presence on Facebook so search for "One of My Men Became Restless" there. Or click the link here: https://www.facebook.com/One-of-My-Men-Became-Restless-100659928063858/

Anyone know the name of the manufacturer of this one? I've had it for a few decades, and painted it in the 90's sometime. It's dense foam and I associate it with Minifigs' Limeys and Slimeys rules and sets, but can't confirm.

At any rate - enjoy! It's an extraordinarily useful piece and can serve anywhere in the Caribbean or along an Iberian, Italian or maybe even a Moroccan coast. 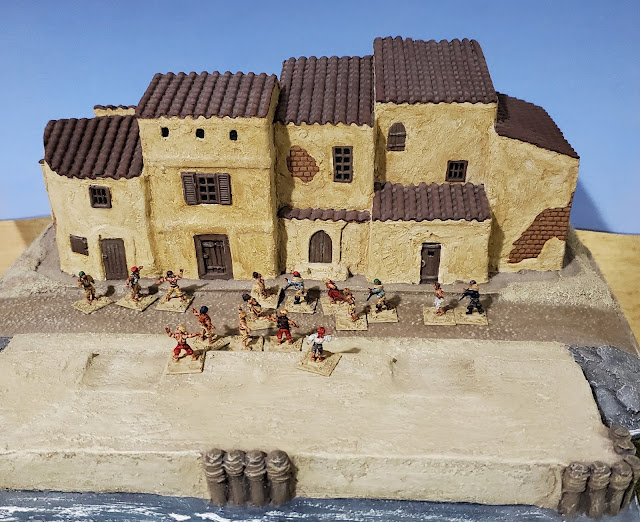 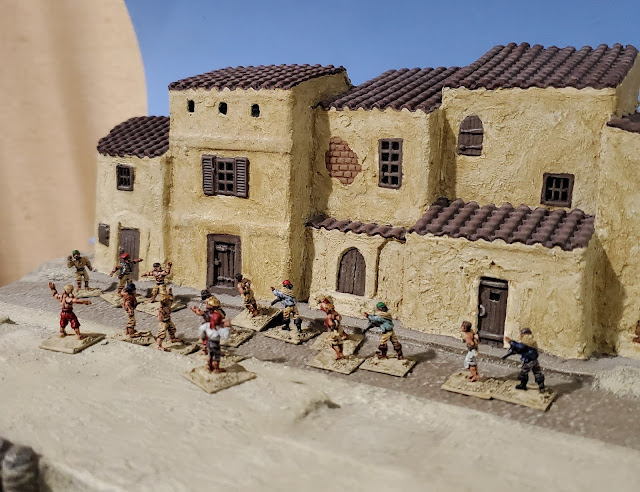 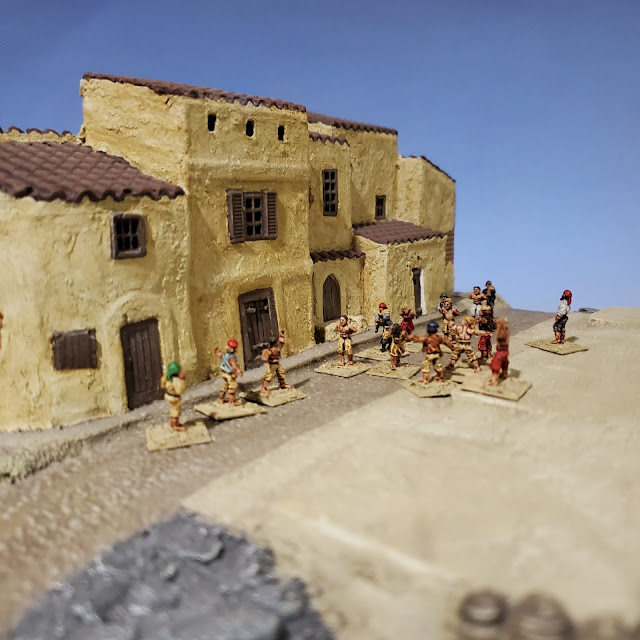 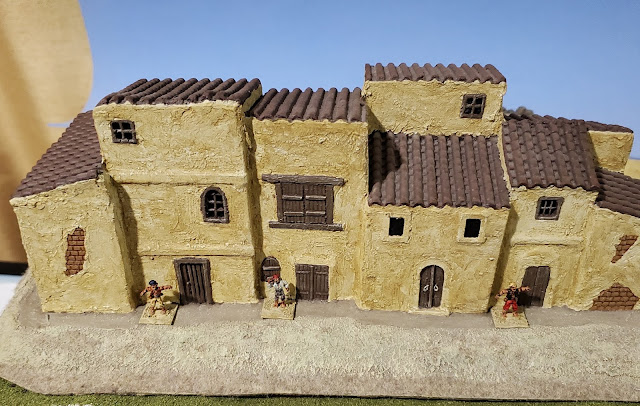 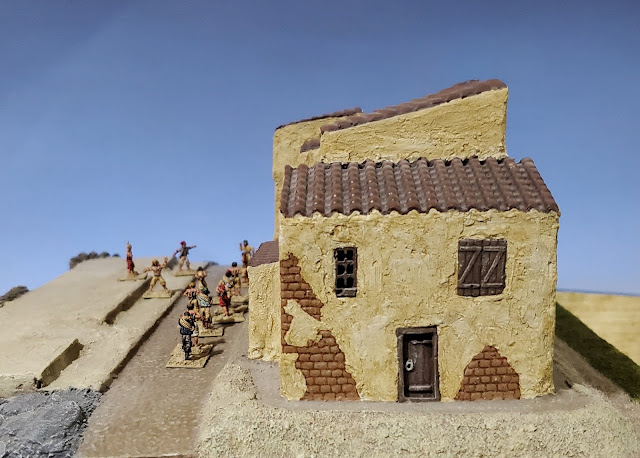 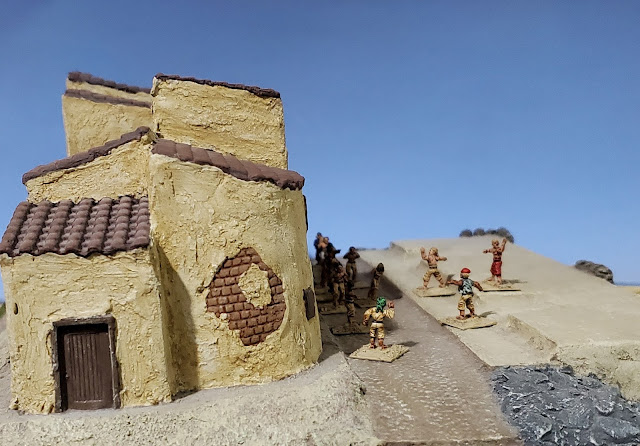 Over the years Peter Pig has updated many of their older sculpts in their "Range 10: Pirates" range that are really lovely and in my mind one can never have enough so I picked up the new ones recently with which to augment the growing horde. I will buy nearly any 15mm pirate sculpt. Period. My mind is broken beyond repair obviously on the matter.

Regardless, there were three packs that had only a little of the fiddly bits on them, thus making them good candidates for Citadel's Contrast paints: Pirate Gun Crews, Unarmed Pirates, and one called "Hostages" or pirates with prisoners.

This blog shows a ton of examples of the effects of these paints and I had to, in order to get the promise of speed fulfilled, choose models that were predominately a single color. That meant, ghosts in blues and greens, wraiths and spectres in black, gravestones in shades of grays, and wolfen beasties in varying shades of brown. I churned out a hundred plus figures in very short order, and was sufficiently burned out to need a 16 month break from hobbying. But I'm already back at it, but still not done monkeying around with Contrast paints.

These weren't going to be as easy as a ghost which is mostly a one and done effort with Contrast. But I still was wondering how much faster they would be to complete seeing how these had very little kit sculpted on, trousers, skin, hat and sash and you're done. My typical method is black prime then up to 3-6 layers in increasingly lighter shades to final highlight. A single application was going to get that done in just a few strokes. And indeed they came out very very quickly. I did hardly any touch ups, just moved the blob of stain around and let it go. Where it takes time is carefully not staining adjacent parts of the model, so one has to be quite precise in laying down the color. Otherwise you risk having that color show through the translucent colors of the adjoining parts. Red from the sash, spilling into the white of the pants would be very noticeable.

In advance, I'll tell you where I cheated: the heated end element of the match of the gunners. I did the bases in the traditional way so they'd match their predecessors. I highlighted the swab buckets too as the Cygor Brown was just too dark and dense. Metal parts on hilts and pistols also got traditional metal treatments. Cygor Brown was also used on the skin of the pair of African water carriers and is really too dark to be useful. That color in particular doesn't work well anywhere I've tried it and thinning it with water or even flow enhancer doesn't really work either. (This is too bad as I'd be able to finish a large force of 15mm Essex Zulus in an afternoon if it would have more dynamism to it.) It's basically just a wet dark brown and never really sinks into the crevasses but sits at full strength all over the model.

On with the pics!