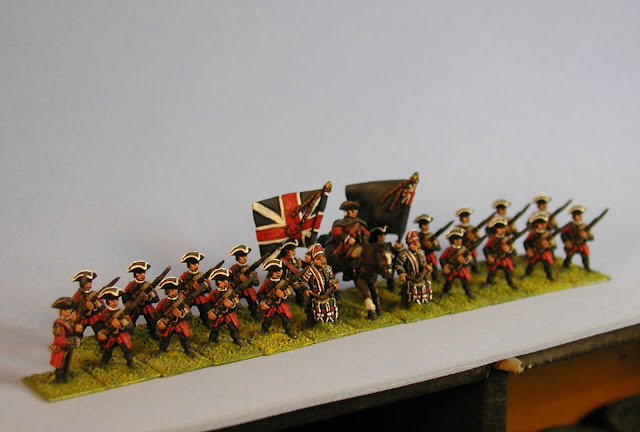 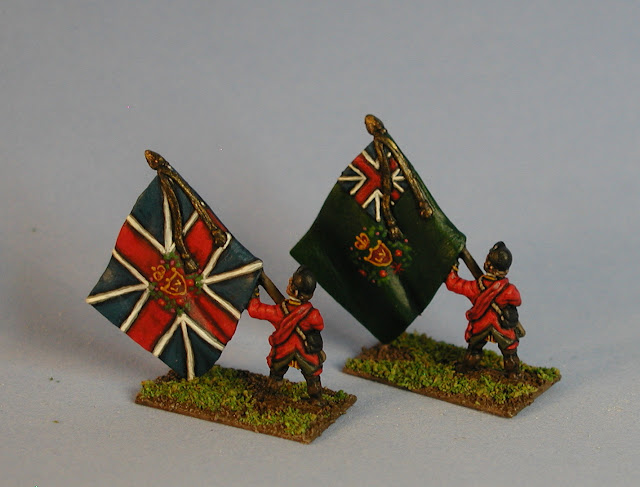 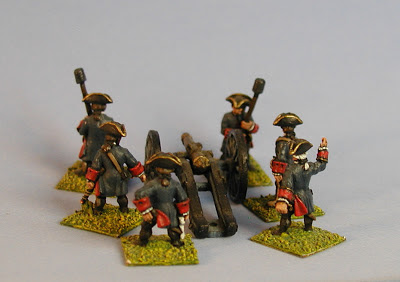 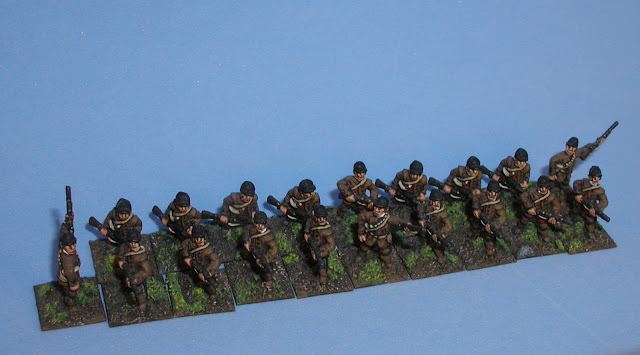 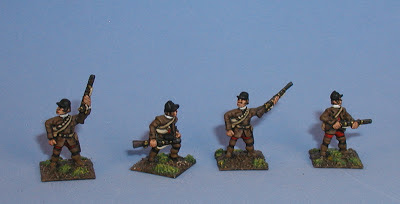 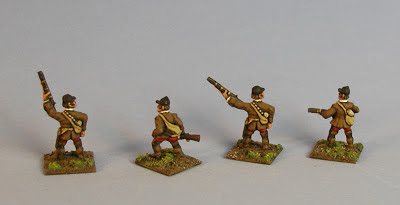 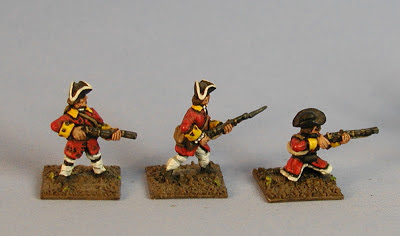 Round up:
1 General
2 big Line Units  -I can add the Grenadiers back in if needed.
1 Field Piece and crew
3 Light Infantry Units
1 Militia Brigadier and
3 Militia Units
All told about a 170 figures and a gun.

Since all this was painted up I've acquired a lot more - not least of which are the Highlanders as well as frontier folk, and several Indian bands from Minifigs too to flesh out the poses a bit. So while it's a gameable side this is probably two thirds of it (the Highlander units are HUGE).
at 4:40 PM 2 comments: