Early on, I did endeavor to put some of these together but my modeling skills weren't so hot in those days. I had a couple that were painted and flocked properly, some were not primed but were flocked?! (flock on bare metal trees), some were primed but not flocked, most of them had a broken limb or two and a couple were even broken in half. Half were based individually on irregular shaped wood bases, many of which were now warped, that I had chopped up for that purpose and others had no base at all.  It was essential to force some order on to these.

1)  I made up a dollop of 2-part epoxy and stuck them on small wooden square bases. All the baseless trees were then stuck in those balls, roughly shaped, with sloping edges.

2)  I sprayed them all with a Krylon black, flock and all - not primer here.

3) After all that dried, I sloppily picked out the trunks and branches with Folk Art - Mushroom. I was not concerned with covering every spot knowing I was going to reapply flock to those branches as well as apply the ice. NOTE: Don't use your fancy paints and primers for this kind of thing.

4) In the final step you see below, I glued them down, base and all, on these eight lozenge shaped bases I picked up at Michael's with this wonderfully named Zap-a-Dap-a-Goo. This stuff stinks, and is toxic, but is really a nice product. It does leave strands if you are not quick in sharply jerking it away from the glued surface. 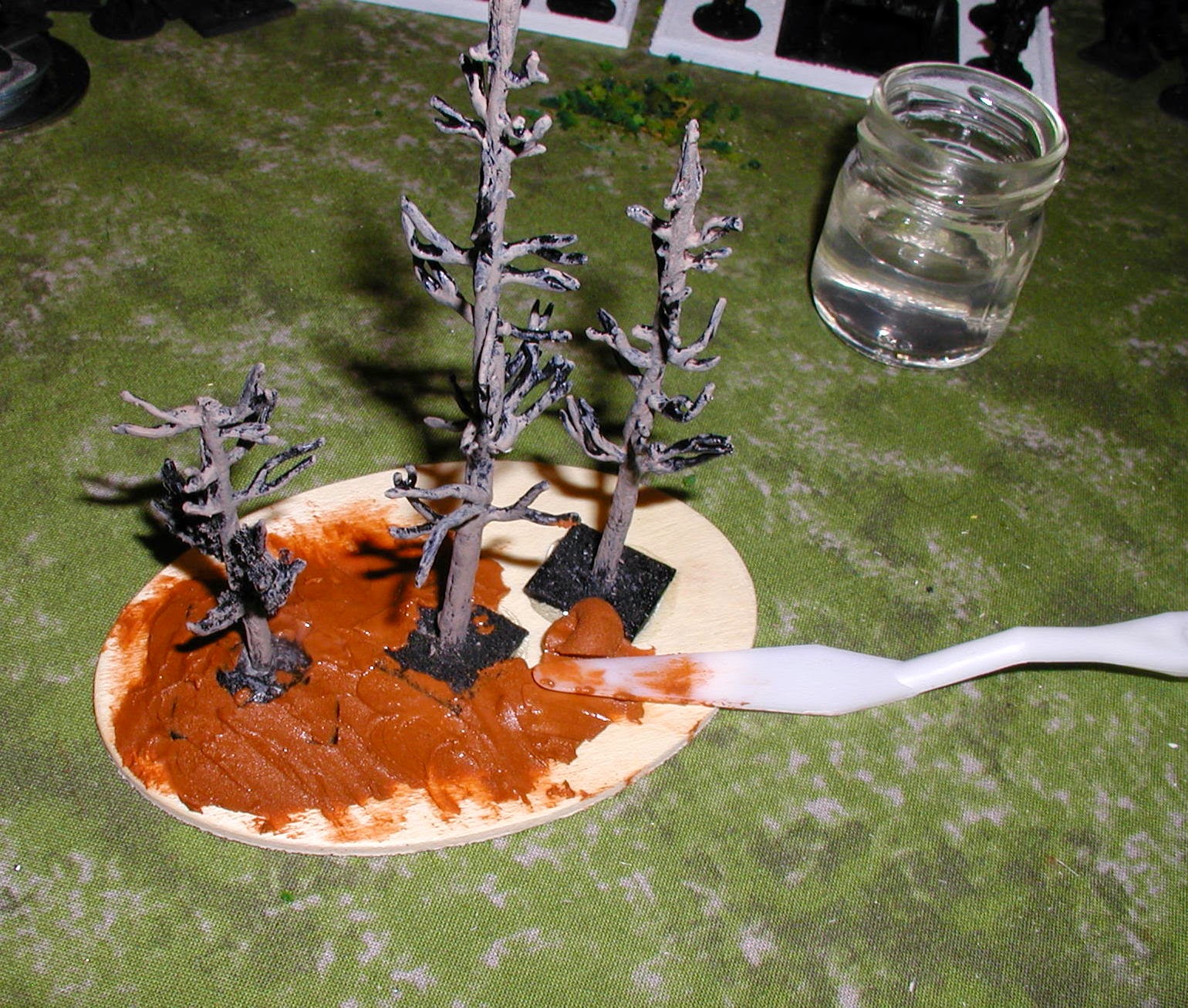 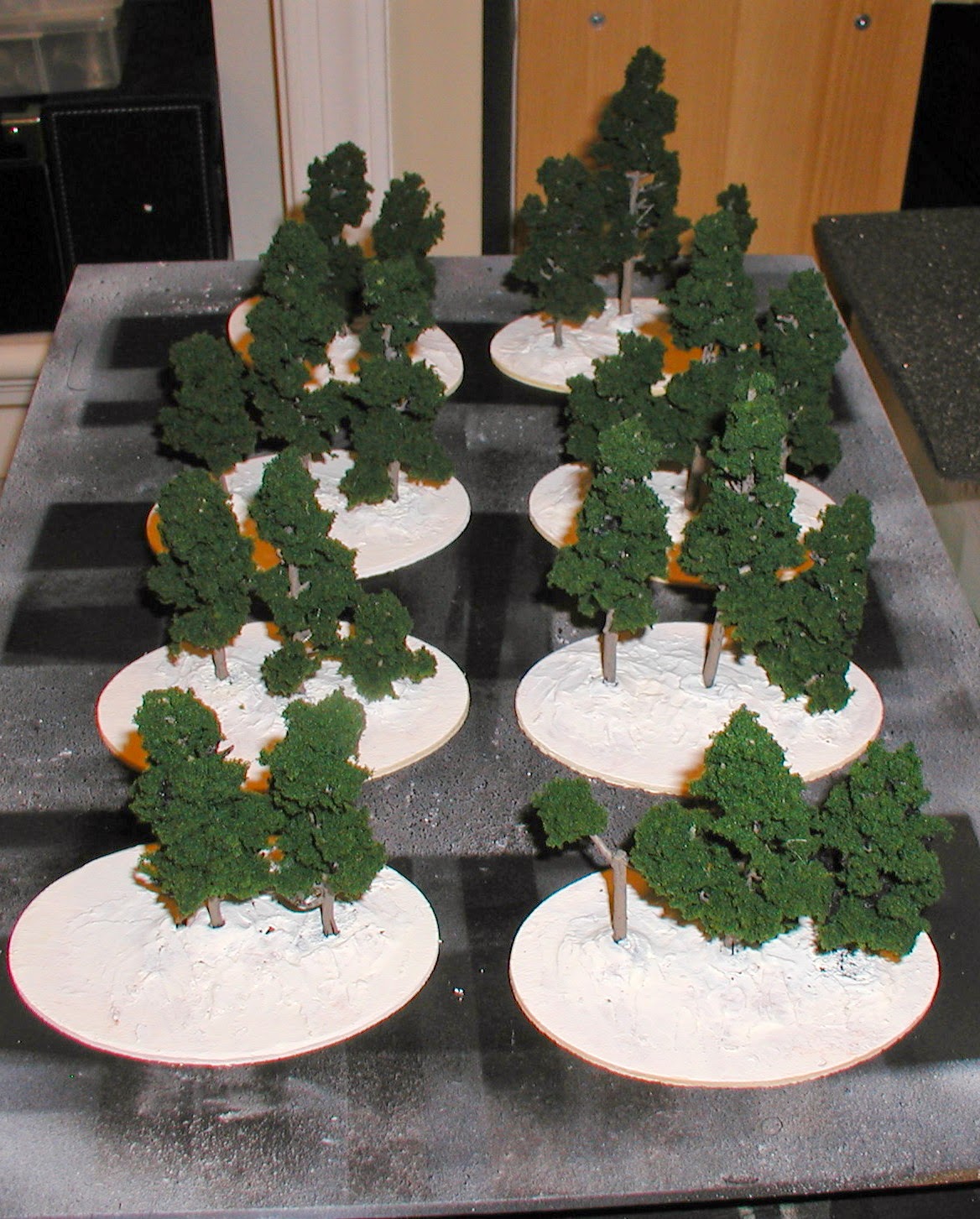 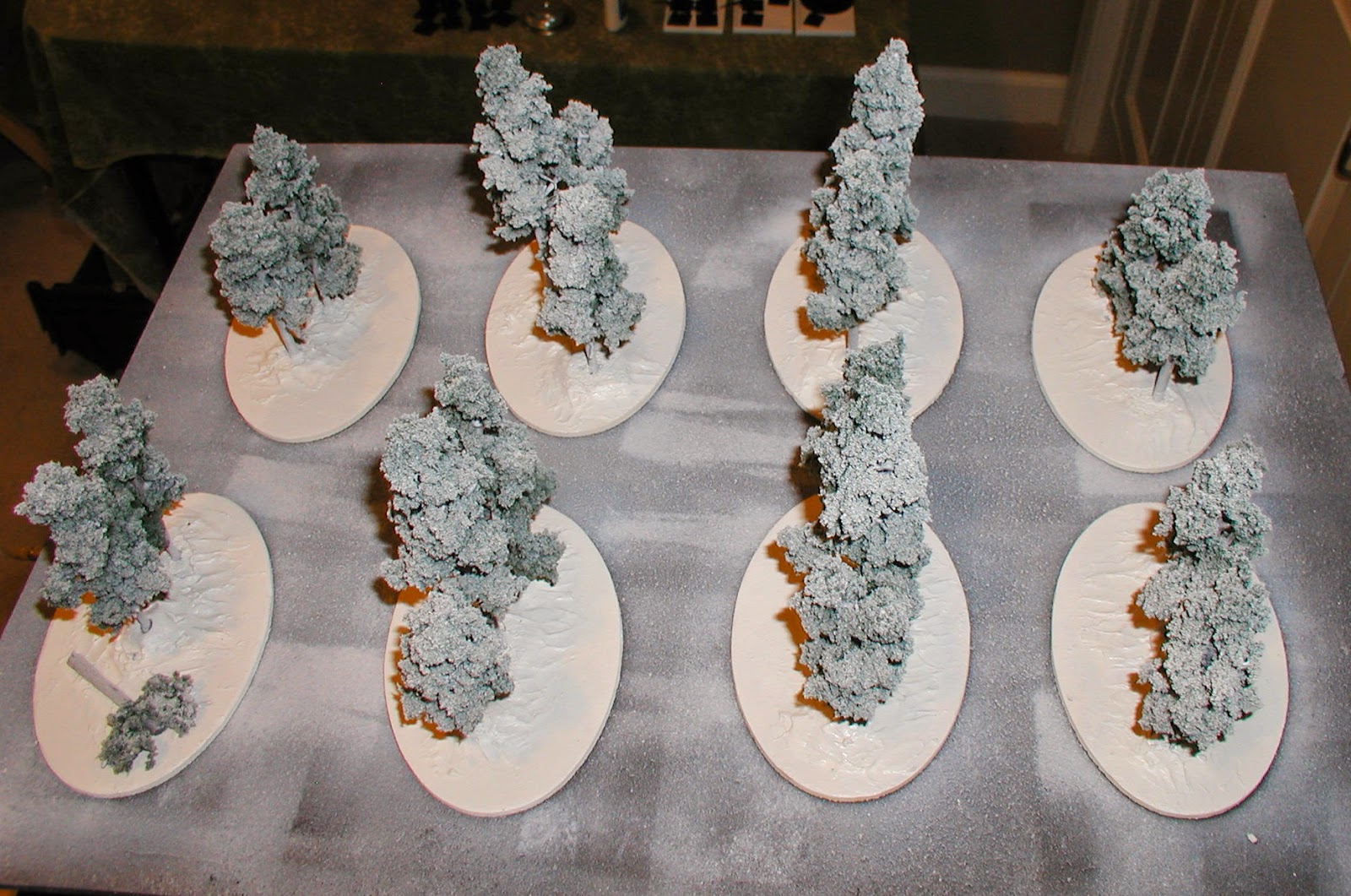 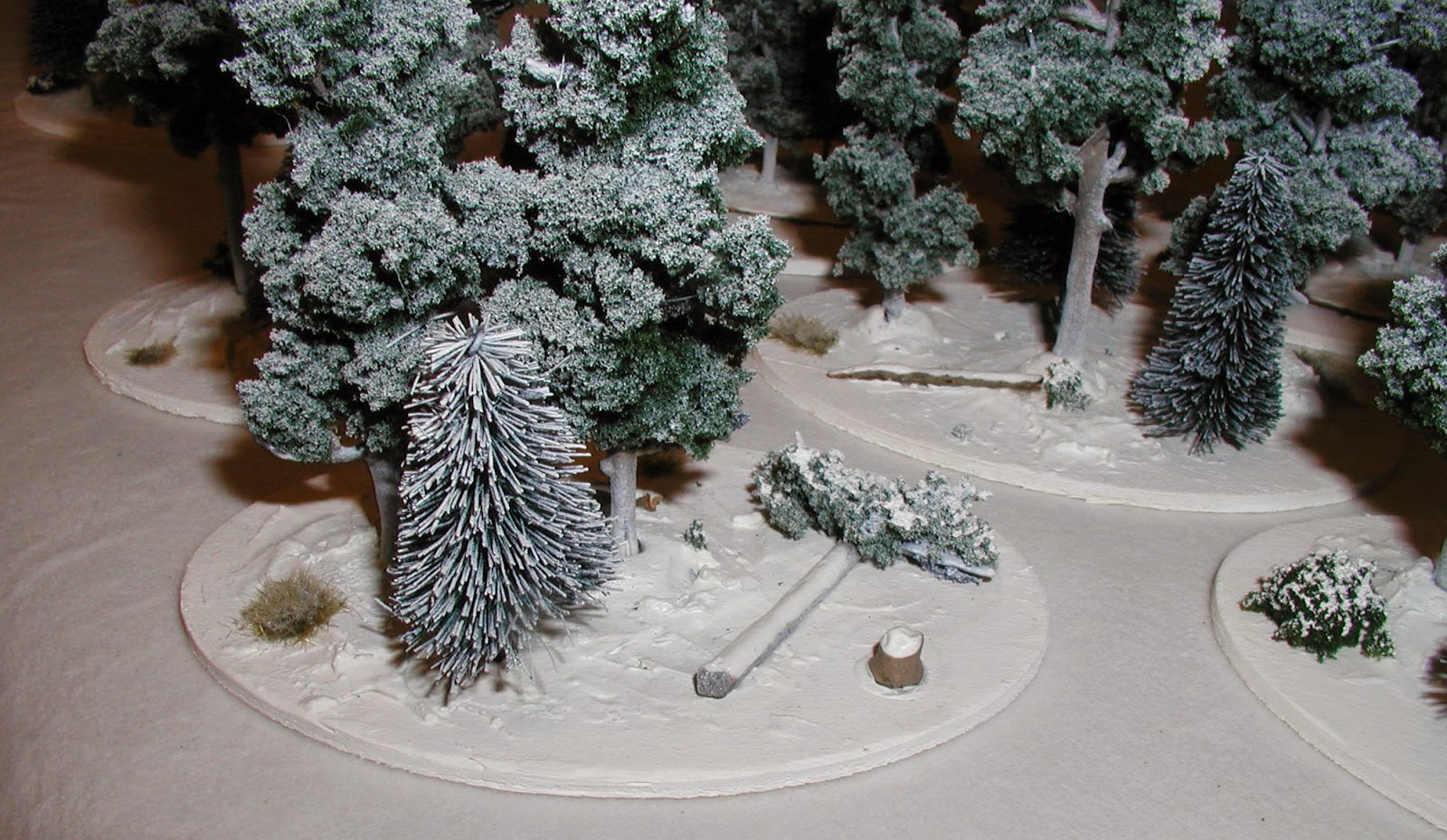 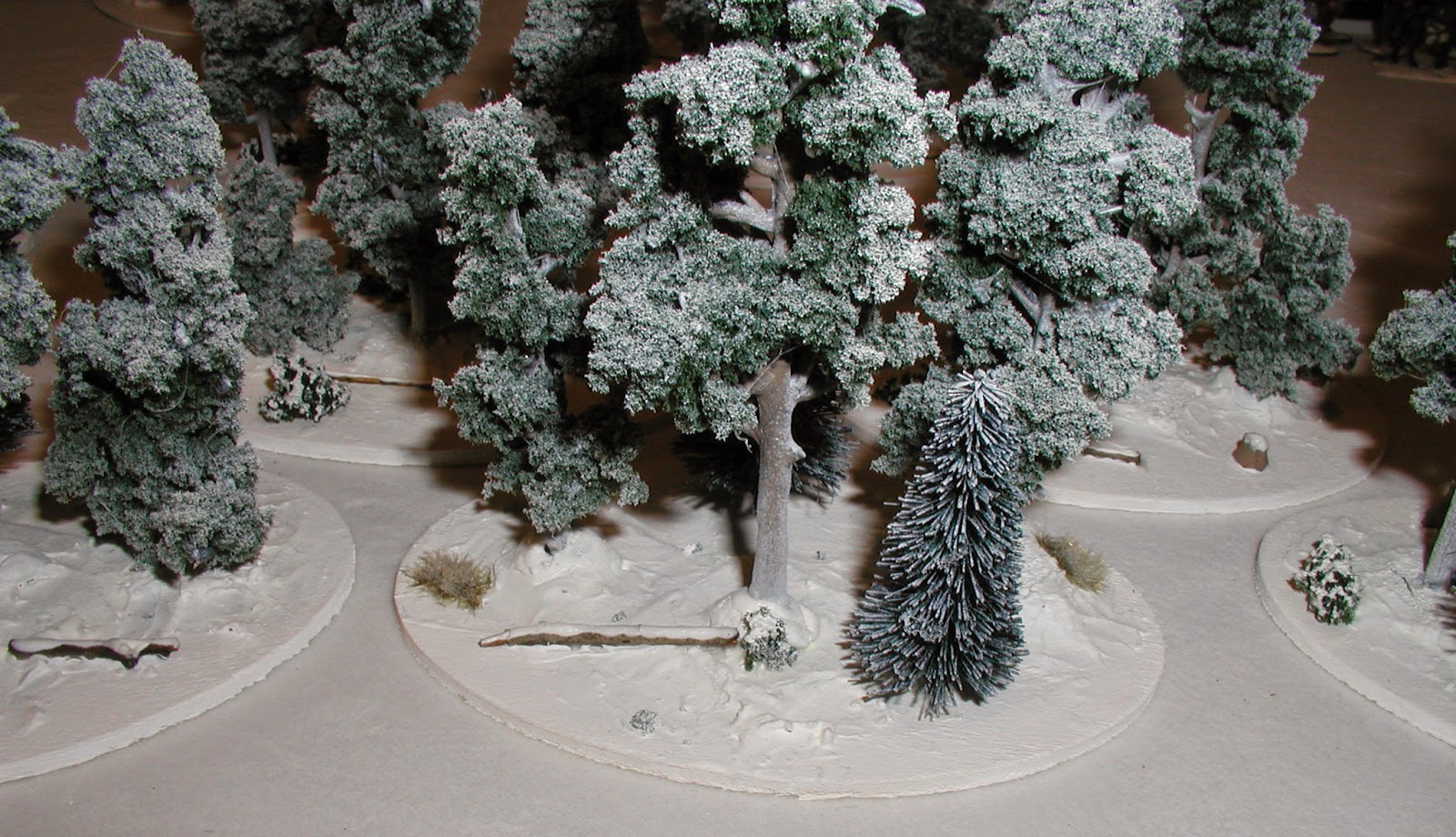 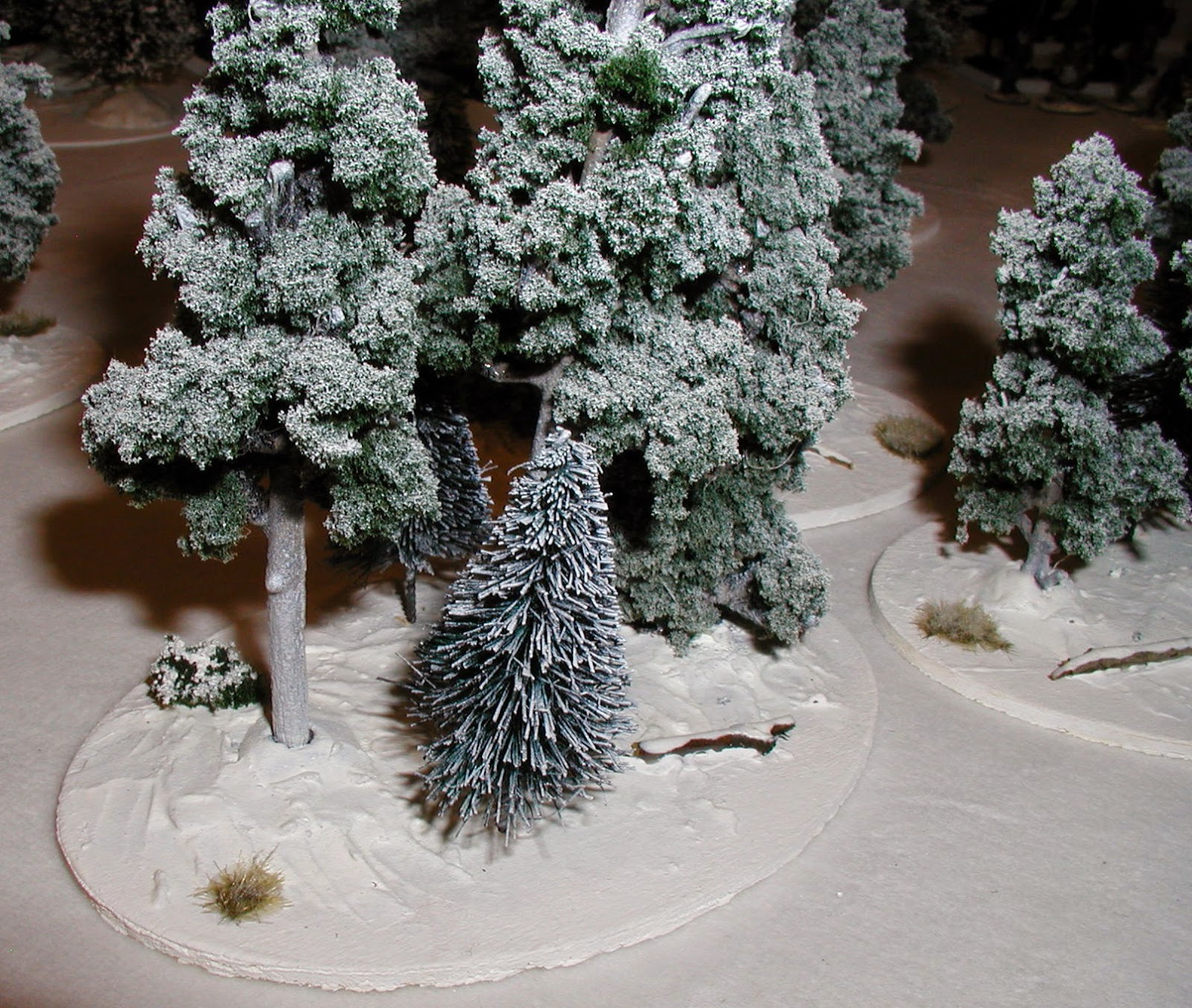 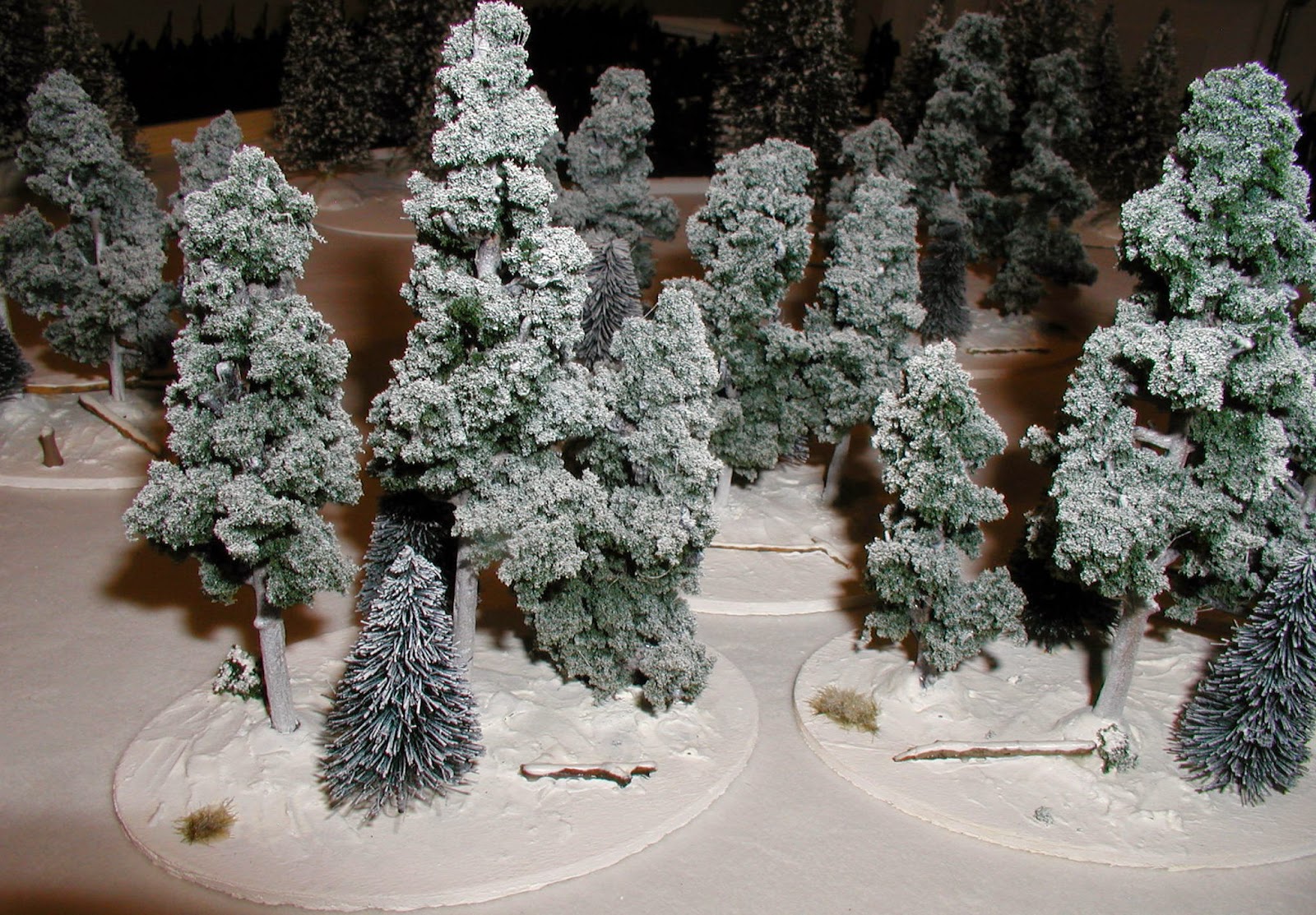 There is a companion tutorial on winter trees I bought at Walmart that was a far simpler project.

Thanks for looking. Questions, comments and followers are welcome and encouraged!
at 10:41 AM