Truth be told, though I have quite a few from Peter Pig and Blue Moon, I'm NOT using the miniatures from those two manufacturers in my main ACW armies based for Johnny Reb.

Blue Moon I bought to do Brother Against Brother - (two figures per stand) and I'm not sure what to do with the PP ones - I only have a couple dozen of them.

I have a couple other manufacturers too I noticed going through the unpainted stuff - some I bought from Eureka - then there was a more recent release from Essex that were a fair bit smaller than their original releases.

I could almost do similar shots for Pirates and just might ... 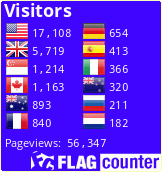